Hitler's Madman a film that rallied Allied audiences in 1943 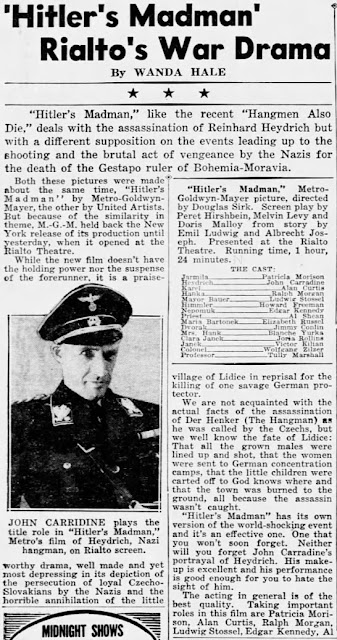 I love old newspaper clippings, and again kudos to my friend, David Grudt, of Long Beach, Calif., for locating several clips for the John Carradine-starring "Hitler's Madman," 1943, which detailed the assassination of Nazi sadist/mass murderer Reinhard Heydrich, and the subsequent mass retaliation murder within the Czech town of Lidice. The above review was penned by The New York Daily News Wanda Hale, who was a founder of the New York Film Critics Association. Hale spent roughly 40 years reviewing films for the Daily News, retiring in the early 1970s.

"Hitler's Madman" (see a newspaper-published still below) was filmed as a poverty-row effort by Producers Releasing Corporation, but had enough mojo to garner a planned release by a bigger poverty-row producer, Republic Pictures. However, its fortunes leaped when the head honchos at major-studio MGM were impressed enough to take over final production. MGM also added a few scenes, one where Carradine's Heydrich is inspecting young Czech teen girls for use in a forced brothel. One of the teens in that scene is a very young, just-under-contract Ava Gardner. 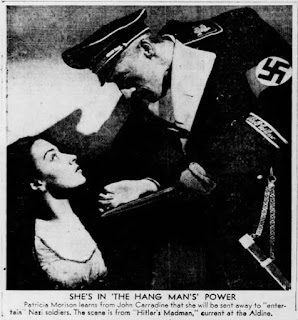 Carradine is great in this role. You really hate him in a role in which he is playing the personifaction of pure evil. The details within the tale of Heydrich's assassination and the massacre of Lidice are liberally fictionalized, but it's excellent patriotic somber entertainment for wartime morale. Two lovers are reunited, one working as an agent against the Nazis. He recruits his lover and tries to persuade others to rebel. Townspeople are split between secret rebels, those who loathe the Nazis but discourage rebellion and a few Nazi-favoring quislings who include the mayor. The Nazis' main use for Lidice is to harvest male soldiers to die at the front and force women into brothels for Nazi soldiers. After Heydrich casually murders townspeople blocking his roadwayway during a town event, a plot develops against his life. He is ambushed and badly wounded. 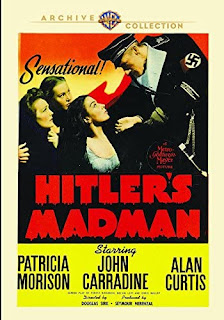 Heydrich dies a slow agonizing death. Before he dies, he is visited by Heinrich Himmler, who clearly is more or less unconcerned, and offers bland platitudes about dying for Germany. Before his death, Heydrich, unable to deal with his mortality and in agony, refuses to die for Hitler and says that the war is probably lost for the Nazis. In his report to Hitler, Himmler assures the fuhrer that Heydrich died praising the Third Reich. It's a very strong scene, underscoring the banality of death and its ultimate insignificance for the evil.

Himmler orders the town destroyed and many of its males killed. The famous poem, The Murder of Lidice, bookends the film. It is recited at the beginning and the end. The film ends very strongly with the ghosts of the Lidice massacre walking through the streets, murdered in body but not conquered in spirit.

I imagine this film inspired a lot of audiences during World War II. It is very well made. Besides Carradine, stars include Alan Curtis and Patricia Morison, and Ralph Morgan. It is directed by future A-director Douglas Sirk. It was Sirk's first film after he escaped from Nazi Germany.

Before are a couple of more newspaper ads from 1943. I confess I was amused that the very serious, somber "Hitler's Madman" was paired in a double-feature with the Red Skelton comedy, "I Dood It." I guess audiences came to laugh and cry. 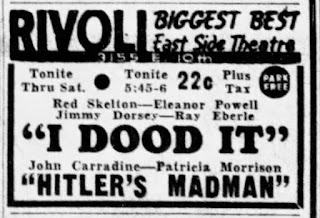 Review by Doug Gibson Roughly 40 years ago film critic Danny Peary began his Cult Films trilogy book series. It was groundbreaking for its... 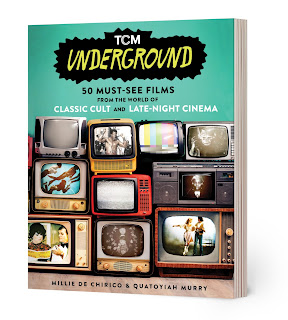