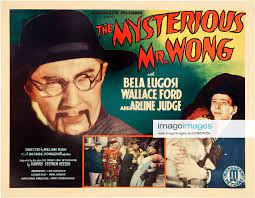 Review by Doug Gibson
For a huge Bela Lugosi fan such as myself, it was always sort of an outrage that I had not yet seen 1934's "The Mysterious Mr. Wong," Mr. Dracula's first foray into the low-budget world of Monogram Studios. The film is ubiquitous. You can watch it at several locations on the Internet. It's also a staple of the DVD sets of 20 or 50 public domain films that can be purchased for $10 to $20. A decade or so ago I shucked out about $5 for an Oldies.com copy because I like the impressive cover art.

Based on a story by cult writer Harry Stephen Keeler, the tale is, in a crazy sort of way, a little like Lord of the Rings set in cramped Chinatown. Mr. Wong (Lugosi) a tough-looking power-crazy hood who masquerades as a meek shop owner, is busy murdering various Chinese contemporaries in order to get the 12 gold coins that Confucious minted before his death. Through murder and theft, Wong has nabbed 11 of the 12. If he can get them all, he'll achieve some sort of world domination (the script is a little fuzzy on this, but he definitely wants that coin. 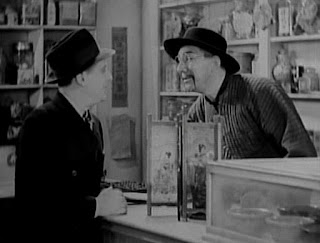 Wong, though faces some tough competition from wisecracking newspaper reporter, Jay Barton (played by Wallace Ford, whose fantastic in these types of roles). In between doubting the cops' belief that the murders are over a gang turf war, Barton slowly, in his own inimitable style, begins to piece together who exactly Wong is and what he wants.In his spare time, Barton -- who gets his hands on the 12th gold coin -- breezily romances newspaper operator girl Peg, played by the pretty Arline Judge. It all leads to a final showdown where Wong menaces Jay and Peg. 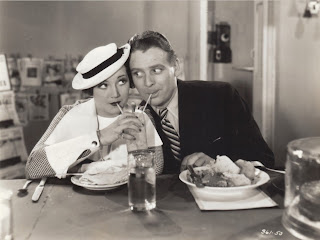 This is nowhere near Lugosi's best film, but it's a fun way to waste 63 or so minutes. Despite its low budget and usual "where-the-heck-is-this-going" Monogram plot, it was lean enough to carry my wife and son through the film. And Lugosi, although one look at that nose kills any belief that he's Chinese, is suitably menacing. Scenes where he brutally tosses a man down into a cellar filled with rats is almost chilling, as is a scene where he bullies two Chinese women who disapprove of his plans. And he certainly has sadistic, murderous plans in store for Jay and Peg (Judge screams well) as the climax approaches.

William Nigh's direction is OK; he keeps scenes moving briskly. Ford has his usual good snark and adequate comic timing. Robert Emmett O'Connor is not too bad as an inept Irish cop to provide humor fodder. Another plus is a chance to witness what life was like 88 years ago in the outdoor city shots as well as the studio shots of he newsroom Jay and Peg work in. It's worth watching and a must for Lugosi fans.

"The Mysterious Mr. Wong" likely made money for Monogram. It played throughout the nation. Below it shows up as a feature option for readers of the Quitman Wood County (Texas) Democrat newspaper in the Nov. 28, 1935 edition.