Hellborn -- the Ed Wood wannabe movie that never was completed 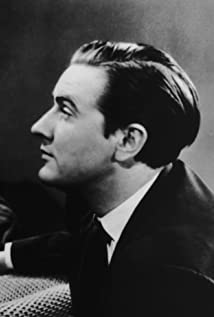 Thanks to Greg Dziawer, Ed Wood researcher, I finally was directed to my first viewing of "Hellborn," a video marketed by Cult Movies Magazine 27 years ago. It contains takes from an Ed Wood-directed wannabe film that would have been titled, drum roll, "Hellborn." Plans were to have Conrad Brooks and Ed Wood star in this Wood-directed effort on the juvenile delinquency "crisis" of the 1950s.

Michael Copner, former editor at the magazine, hosts the video along with the late Wood company actor Conrad Brooks. Long ago I wasn't persuaded by the ads to buy "Hellborn." Later, after the magazine ceased publication and my interest in Ed Wood increased, I couldn't find a way to purchase "Hellborn." It wasn't streamed. It wasn't for sale on EBay or Amazon. I thought I'd missed my chance on this one.

Until this weekend, when Dziawer alerted me it's now on YouTube. It's not easy to find in the site's search function so here is a direct link.  So, after wanting to see this film for roughly a generation, what's my take?

First, the "Hellborn" takes included are not the best parts of the film, although they are fun to watch and mandatory for a Wood completist. The best takes from "Hellborn" are not in this film because they were used in two films, "Night of the Ghouls," and "The Sinister Urge," which features the best scene, a pretty cool fight between Ed Wood and Conrad Brooks. Wood apparently sold or donated that footage to producer Roy Reid, of Headliner Productions, for whom Wood directed "The Sinister Urge." The "Night of the Ghouls" "Hellborn" takes include a decent crash scene with a teen dangling, presumably dead, from the window of a car.

So what's left for "Hellborn" the video is a long take of a particularly violent beating on a street, with another Wood actor, Mona McKinnon, watching the beating. (A little bit of that is in "Night of the Ghouls.") The primary new scene for viewers is one of a bunch teens going out to a picnic of sorts, filmed at Griffith Park, and then pairing off later for sexcapades. As Wood fans know, several scenes include Wood in drag pretending to play teenage women. Even with the poor quality of the then almost 50-year-old footage in 2003, Wood does not really fool anyone.

Prior to the takes, Copner and Wood discuss the history of the Hellborn effort. The genesis of the film extends as far back as the "Glen Or Glenda" era. Producer George Weiss, Brooks relates, failed to generate interest initially among investors. Then later films crowded out time for and interest in "Hellborn," although sporadic filming continued well into the mid 1950s.

There's more to this roughly hour-long documentary. Although I think much of the footage can be seen in other films, Brooks narrates footage of a "home movie" Wood directed and produced for Conrad and his brothers in 1948. It's a western of sorts. As entertaining as the footage is Brooks' narration, pointing out Hollywood of 70 plus years ago and noting other Wood characters such as Johnny Carpenter.

Frankly, in this footage the still-young Wood is incredibly handsome. Calling him an Errol Flynn type is not an exaggeration. It's easy to see why he attracted Dolores Fuller, for example. It's jarring to see this Wood and then turn the clock ahead 20 years and see the bloated, red-faced, alcoholic Wood of 20 years later in "Love Feast."

There's more in "Hellborn." We then see an eight-minute short that Brooks directed, called "Mystery in Shadows." It's shot with actors as shadows, accompanied by a narrator/storyteller. It's actually kind of interesting and entertaining; as a one-reel short.

Finally, there's even one more segment to "Hellborn." It's my favorite part of the film; definitely the most bittersweet. It's an interview with former movie actor, Peter Coe, in whose house Ed Wood died in late 1978, soon after he and his wife Kathy were evicted. Coe's films included "House of Frankenstein" and "The Mummy's Curse." Coe relates incidents such as hunting with Lon Chaney Jr. 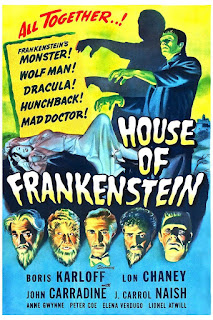 It's very emotional to see Coe in this interview. He looks very old and emaciated, lying in bed. He was very near death when this interview was conducted. Brooks is very kind, as is Copner, during the interview. Coe seems exhausted early and his answers are brief, due to his condition, not his temperament, which is polite. He perks up later, seemingly genuinely pleased when told fans of the magazine ask about him. Near the end of the interview, describing how Wood is removed from his home in a mere bag, Coe effectively conveys his outrage at the disrespect Wood was shown. "It was sickening," he says with passion and emphasis.

So that's the elusive "Hellborn" video. It's a must for the real fans of Ed Wood, and we know who we are. The takes from the main film are of interest. The footage of the Brooks film directed by Wood is great, and the interview footage with a dying Coe is priceless.