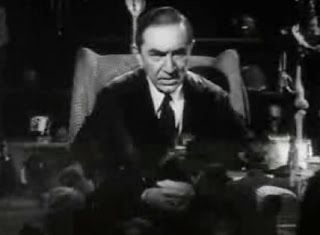 When it comes right down to it, enjoying Ed Wood is a patriotic act

By Doug Gibson
Originally published on Feb. 29, 2008 in the Standard-Examiner (www.standard.net)

"We've seen 'Plan 9 From Outer Space' 15 times. Who can say that about an Emma Thompson film?"
— Comedians Penn and Teller, explaining why they're fans of Ed Wood


"Ed Wood," Tim Burton's quirky tale of the cross-dressing "world's worst director," was a flop at the box office. Yet years later, it boasts consistent DVD sales. That achievement is appropriate, since it is shared by the film's subject.

Filmmaker Ed Wood will be dead 30 years this year. When he died in Los Angeles, he owned only his name. He was homeless, his brain rotted with alcohol. His cinematic dreams were long gone. He was no longer fit to even work in pornography. His death was noted by no media.

But, only a few years later, a tiny Wood cult had grown into a pop phenomenon. His fame as "worst director" led to re-releases of his films. An oral, pop biography of Wood was published, TV documentaries of Wood were produced, the Burton film came out, a couple of his scripts were filmed by indy companies, and even several of Wood's long-forgotten '60s "trash" paperback novels were re-released. He is a subject of iconic art, too, as the "Plan 9 Crunch" painting by local artist Steve D. Stones shows.

The Wood-mania has peaked somewhat. The '60s books' re-releases are over. His films, etc., have moved back into a cult status, albeit a much larger one. Maybe that's a good thing. The first Wood boom, more than a generation ago, was initiated by a book "The Golden Turkey Awards" that made fun of the filmmaker. There was a smug, mocking attitude that Wood didn't deserve.

To be a cult icon requires that you not aspire to be a cult icon. It also requires a creative mind and a need to express that creativity that is audacious. I am a huge fan, but even I will not call "Plan 9" a technically great film. Still, it is an audacious film from a very creative mind. Its sometimes laugh-out-loud ineptitude derives from the creative instincts of a director who had neither the money nor the time to transmit his imagination to the screen.

"Plan 9," which cost about $50,000 to make, involves aliens from outer space raising the dead to warn mankind of the threat of nuclear weapons. Another Wood opus, "Glen or Glenda," is Wood's desperate plea of tolerance for cross-dressers. If we just allowed our mailman to wear satin undies, argues Wood, he could be a better member of his community and a credit to his government.

Does that make sense? If it did, part of Wood's charm would be lost.Wood had a more conventional side. He was a friend to an aging, drug-addicted Bela Lugosi, acting as agent to the ex-"Dracula" star and striving to get him roles in films, including his own. In the '50s and '60s, Wood directed TV commercials, industrial films and even Los Angeles Mayor Sam Yorty's show on local TV. He penned screenplays for low-budget films.

Wood never earned more than a few hundred dollars for each novel. Today, originals of his '60s novels sell for close to $1,000. Some of the best include "Devil Girls" and "Hollywood Rat Race."

So, have I convinced you to give Ed Wood a try? If so, check out his films "Plan 9 From Outer Space," "Glen or Glenda" and "Bride of the Monster." Laugh at the low-budget absurdity, but take note of the creativity. And watch Burton's film "Ed Wood." It's over-romanticized, but still a lot of fun.

And if I haven't convinced you to give Wood a try, may I appeal to your patriotism? Let's face it, if the Islamofascists ever take over, they'll destroy all copies of "Glen or Glenda!"