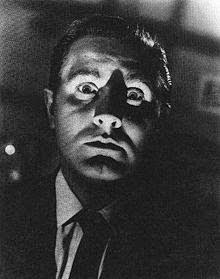 THE ED WOOD STORY: THE PLAN 9 COMPANION Of all the Ed Wood documentaries that have been released in the last fifteen years or so, I would have to say that this one is the best. Not only because it carefully examines the career and films of Ed Wood, but also because it highlights the lives and careers of the key actors of Plan 9 From Outer Space: Bela Lugosi, Vampira, Tor Johnson and Criswell. This documentary also has informative insights and humorous commentary by famous fans of Ed Wood and Plan 9 From Outer Space, such as: Sam Raimi, Drew Friedman, Harry Medved, Bill Warren, Joe Dante, Forrest J. Ackerman and Wood’s biographer, Rudolph Grey. Of great interest is the segment of Conrad Brooks taking the viewer on a tour of the old Quality Studios in Hollywood where Plan 9 was filmed. The first time I viewed the Plan 9 Companion, my heart raced with excitement in being able to see what Quality Studios looks like today. Conrad even reenacts a famous cemetery scene that was shot there with his co-star Carl Anthony. Lee Harris, the host and narrator of The Plan 9 Companion, also takes us on a tour of the old cemetery location used in the opening shots of Plan 9. Director Mark P. Carducci produced the film with Harris in 1994 and released it to MPI Home Video. Vampira fans will also be pleased with this documentary, since Maila Nurmi offers many insights into her own career and the career of Ed Wood. ON

THE TRAIL OF ED WOOD Although the title of this documentary informs us of being on the trail of Ed Wood, perhaps a better title would have been: On The Trail Of Conrad Brooks. I say this only because the entire fifty-six-minute documentary is from the point of view of Conrad Brooks being interviewed in his home, unlike so many other Ed Wood documentaries that interview many of Wood’s stock actors and friends. I got the feeling that the producer Buddy Barnett and director Michael Copner did not have the time or budget to include other Ed Wood actors and friends in this documentary, or perhaps they weren’t interested in anyone else’s views about Wood? However, there are some informative aspects of this documentary. Conrad takes us on a tour of Ed Wood’s Yucca apartment complex in Hollywood, the last apartment complex he lived in before his death at Peter Coe’s apartment in 1978. The tour also takes us to the KFWB soundstage in Hollywood, which was Ted Allen’s studio in the 1950s when Bride of The Monster was filmed there. Conrad explains in the documentary that Tor Johnson demanded double his $100.00 salary for his acting roles in Wood’s films. According to Conrad, Wood almost reconsidered using Johnson in his films because of this demand. He also claims that Ed took a job as a cab driver in the 1970s to make ends meet. Copner and Barnett, both contributing writers and founders of Cult Movies Magazine, released this documentary in 1990. If Copner or Barnett happen to read this article, we would greatly appreciate it if Cult Movies Magazine was back in publication. The magazine is a valuable resource.

LOOK BACK IN ANGORA This is the only Ed Wood documentary, besides The Incredibly Strange Film Show, I am aware of to feature Ed’s wife Kathy Wood in interview segments. That alone makes it a valuable piece of Ed Wood history. Produced by Rhino Home Video in 1994, the documentary takes sound bites and images from Wood’s films and uses them to give the film a humorous narrative. The opening gives us Kathy Wood commenting on how no one really cared much about Ed Wood until his death in 1978. Now, ironically, there is a renewed interest in his films and life. Ed’s marine buddy Joseph Robertson is also interviewed, and describes Ed’s fascination for wearing women’s clothing, even under his army outfit. Robertson produced such 1960s cult classics as: The Crawling Hand and The Slime People. He went on to direct the adult feature entitled Love Feast, also known as The Photographer and Pretty Girls All In A Row (see my review of Love Feast on this website.). This documentary also borrows segments of Conrad Brooks’ interviews from On The Trail of Ed Wood (see my review above of On The Trail of Ed Wood.). The documentary is presented in segments that use Wood’s name in a clever way, such as: Drift Wood, Holly-Wood, Wood’s Stock Company, and Dead Wood.