We love our Johnny Sokko! Another Giant Robot Voyage Into Space post 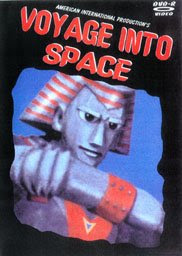 Voyage Into Space is an absolutely bizarre 1970 or so Japanese monster-rama that involves a young boy, Johnny Sokko, having control over a crime-fighting, flying Giant Robot. Sokko and Giant Robot work for the Unicorns, a UN-type spy ring trying to save the world from the extraterrestrial evil, Guillotine, his various sidekicks, including "Spider" and Dr. Botanus. The "army" of Guillotine is "the Gargoyle Gang," a group of military types who resemble Nazis.

This is a weird movie but unbelievably entertaining for young kids and nostalgic adults who recall seeing it when they were young kids. I saw this film when I was 7, 8 or 9 and we used to talk about it on the playground in school. It stars no one you ever heard of, the special effects are pretty bad, the acting terrible, the dubbing weak, but it's strangely cool. There's a 1960s' counterculture aura to this film. Several of the baddies dress like they stepped out of a Roger Vadim film. Guillotine raises a whole host of monsters and some are pretty interesting. One is a giant plant; another is a giant eyeball (I kid you not).

But still, this film, released by American Independent Films to TV only, is woefully cheap. The battling monsters don't match up to the same size in close ups and far-away shots. In one scene, Johnny Sokko and a Unicorn agent wash up on the beach with their clothes fully dry and pressed and their hair neat. Johnny Sokko's dubbed voice sounds a little like Bea Arthur of The Golden Girls. The Giant Robot hero is very cool, though, and the film's theme song is catchy. My four year old son, who like his dad loves the film, hums the theme song daily.

Here's the big secret to Voyage Into Space. It's actually about four episodes, including the first and last, culled from a 30 or so-episode series from the late 60s called Johnny Sokko and His Flying Robot. That show also aired on TV, including on long-forgotten Channel 52 in Southern California when I was a kid. You can catch Johnny Sokko episodes today on http://www.hulu.com/ For more than a generation, you couldn't find Voyage Into Space on VHS or DVD. I spent decades wondering what had happened to my favorite Japanese color monster film. Finally, last year Sinister Cinema http://www.sinistercinema.com/ started selling the film. Since that occurred the floodgates have opened and Voyage Into Space, a public domain film, has many sellers. And it's all over YouTube as well.

It's a great film, particularly if you have a fondness for the Japanese monster genre, and your kids will love it. And let's face, it has one of the coolest opening music. Watch it.