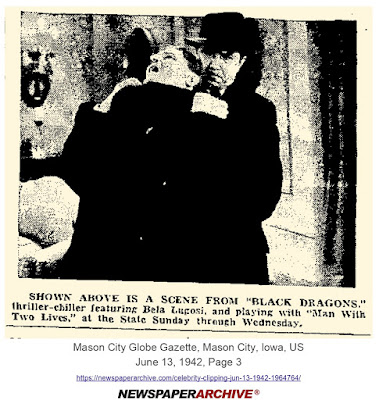 Cult film fans, here is "Black Dragons," the Bela Lugosi-starring Monogram film released mere months after Pearl Harbor in 1942. Poverty-row studios were quick to capitalize on the new World War, and Lugosi's tale of a Nazi plastic surgeon gaining revenge on Japanese members of the Black Dragons turned into U.S. industrialists determined to destroy Uncle Sam's economy was as endearingly patriotic, and wacky, as the dependable Monogram cheapie.
We love these films though. They are entertaining madness, always featuring a magnificent performance by Bela Lugosi, even when surrounded by pedestrian direction and acting, and writing that seems to have been written in one night, and then constantly changed every 15 minutes. Here's a link to a review I wrote of Black Dragons on the blog. There's a link to the film.
A snippet of the review: The plot is delightfully bizarre. Lugosi not only conducts plastic surgery on the Japanese agents, he lightens their skin and provides them accents, as well as hair and body shapes. All the industrialists who are now having doubles were killed off sans anyone knowing, even their families! Once Lugosi's character is tossed into a Japanese cell, which appears to be all stone, he somehow is able to conduct perfect plastic surgery -- from his bag -- on another prisoner!

Back to the blog. Myself and my friend David Grudt have been going through separate clipping services, trying to create time capsule looks at classic cult films, how they were promoted through newspapers of the times, the smaller the towns and cities the better. We found a surprising amount of clips regarding Black Dragons; perhaps that is due to its World War II storyline. Enjoy these clips, whether ads, mentions or reviews. When there is not a date or newspaper attached to the graphic, we'll provide the information.

And do yourself a favor -- watch Black Dragons. It's a lot of semi-coherent fun. Get you magnifying glass for the Jimmie Fidler in Hollywood column. Black Dragons is mentioned 7 lines before the end of the second paragraph in column two. Below that we were thrilled to find an actual review in the Alabama paper, although it's probably from the movie's press packet. 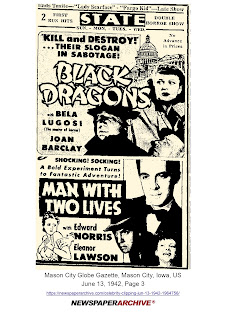 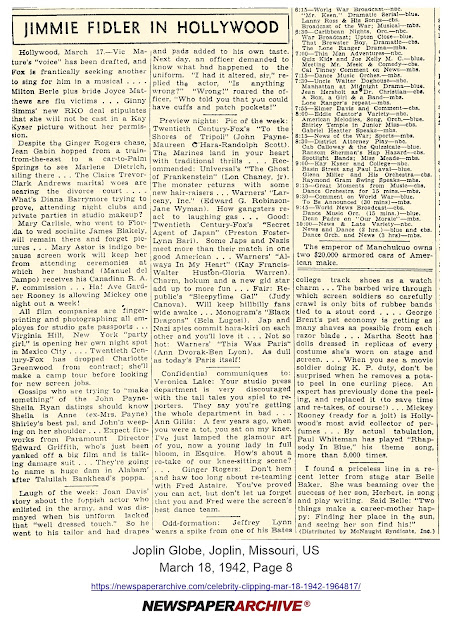 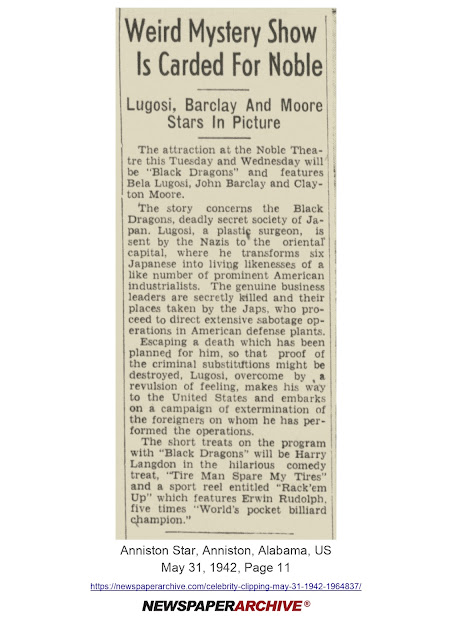 In the below Movieland, Its People and Products column hed, in the March 17, 1942 Appleton, Wisc., Post Crescent, the next graphic, part of the column, mentions "Black Dragons."

AND HERE ARE A COUPLE MORE REVIEWS, we were thrilled to find them published, from Detroit and Cumberland, Md. Detroit is a little tough to read. 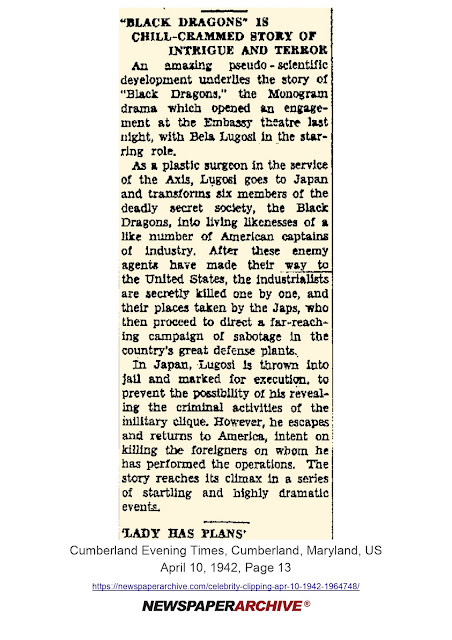 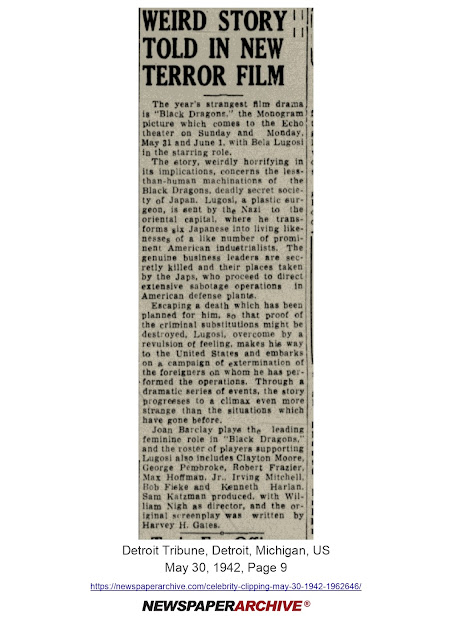 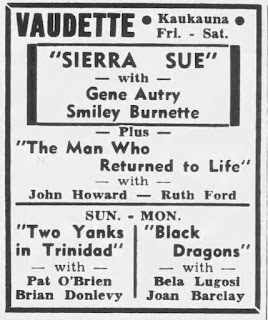